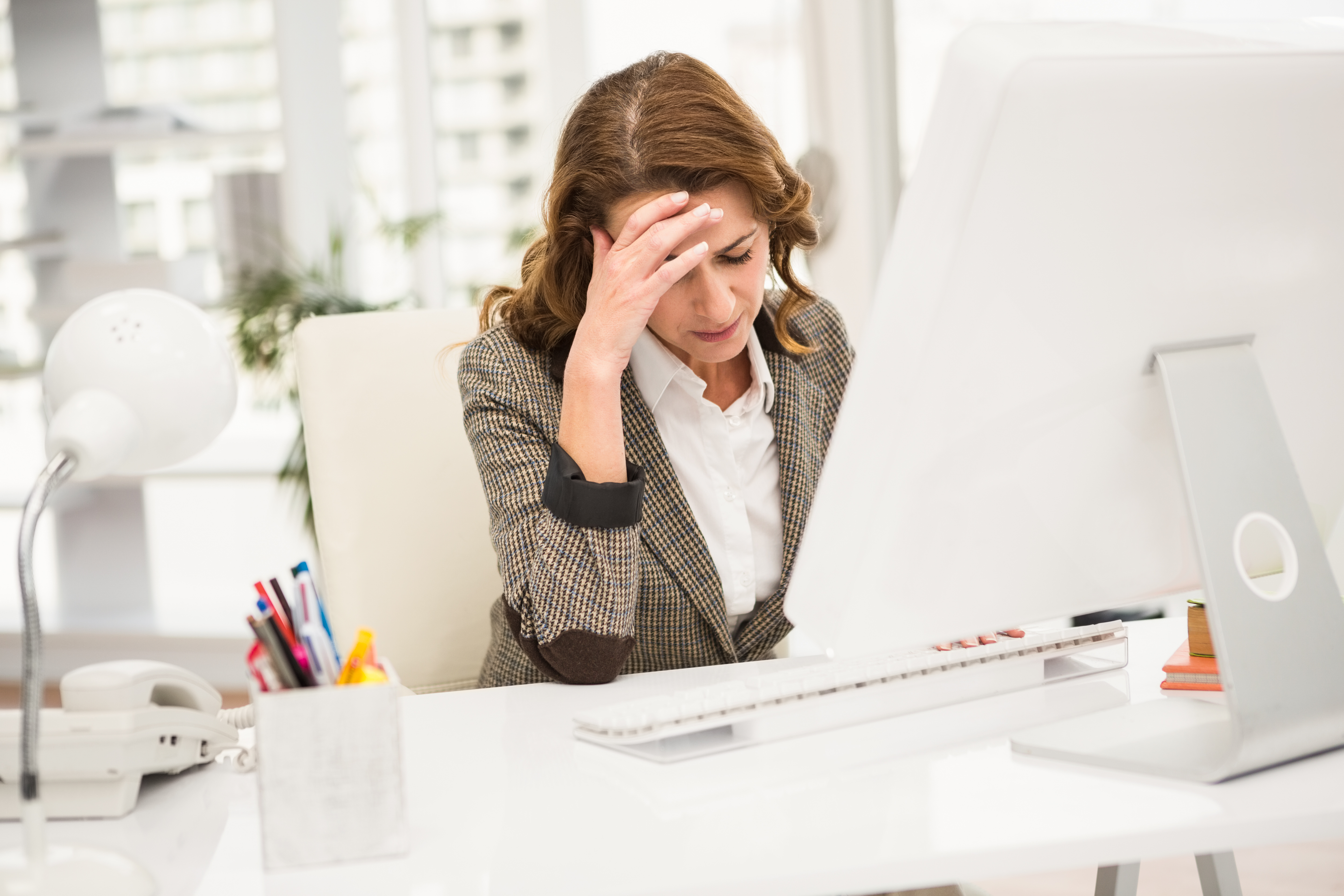 One of my top employees, “Mary,” was rear-ended at a stop light three months ago and suffered from whiplash and excruciating headaches afterwards. Mary took off work, got help from a physician and chiropractor and returned to work.

After her return, Mary worked short days and frequently complained of neck pain. I asked her several times if she wanted to continue on half days, but she said she was running out of paid time off and needed to get back to full-time work.

Then, things got better. Mary seemed back to normal, said her headaches had gone away and I thought all was well. Several weeks ago, however, Mary’s co-workers began coming to me, saying they were worried about her. All they could tell me was that she seemed “off” and instead of going to lunch with them, stayed in her office and napped over the noon hour.

I talked with Mary and didn’t see a problem, but our conversation made her defensive and she was horrified that her co-workers were discussing her. I decided to review her work, and that’s when I discovered problems. Mary was regularly making minor errors, and in her position, we can’t afford that. I asked another employee to check Mary’s work, which has led to rumors and drama.

What should I be doing?

First, ask Mary’s co-workers to stop discussing her. While it’s good they alerted you a potential problem, their continued speculation creates an uncomfortable work environment for Mary.

Second, you or your company’s human resources professional and Mary need to have another conversation focused on the errors you’ve uncovered.

Mary may still be having physical problems but be trying to put a good face on things because of her strong work ethic or financial need for full-time work. If she has residual health issues, these may qualify as disabilities under the Americans with Disabilities Act. If so, you need to have a dialogue with her to determine if there are any reasonable accommodations she needs to continue working productively.  According to employment attorney turned HR consultant Rick Birdsall, these might include a glare screen on a monitor to reduce eye strain or a reduced work schedule.

Mary’s errors could result from exhaustion because she’s pushing herself too hard or isn’t getting enough sleep; distraction due to worry resulting from physical difficulties and potential job consequences; a loss of interest in her work; or the disorientation that can result from prescription painkillers or self-medication. Or, Mary and your other employees might have been making errors all along and you’re only noticing Mary’s because you’re now closely scrutinizing her work.

Although it’s only one potential cause for the errors you’ve uncovered, if Mary self-medicates or uses opioid painkillers such as Percocet or OxyContin to handle her headaches or whiplash injury, she could easily appear fine on the surface but make errors due to drug-induced lack of focus.

These last potential causes take you into territory that can get you into trouble as an employer. Please remember that you can’t ask Mary probing questions such as, “Do you think you might be overusing painkillers?” False accusations suggest a discriminatory basis of inquiry in violation of the ADA. Instead, keep your focus on work performance, and work with Mary to figure this out in a way that works for both Mary and your company.

You can be personally liable for what happens in your workplace

Bully Be Gone: What Is Workplace Bullying and Why Does It Matter?