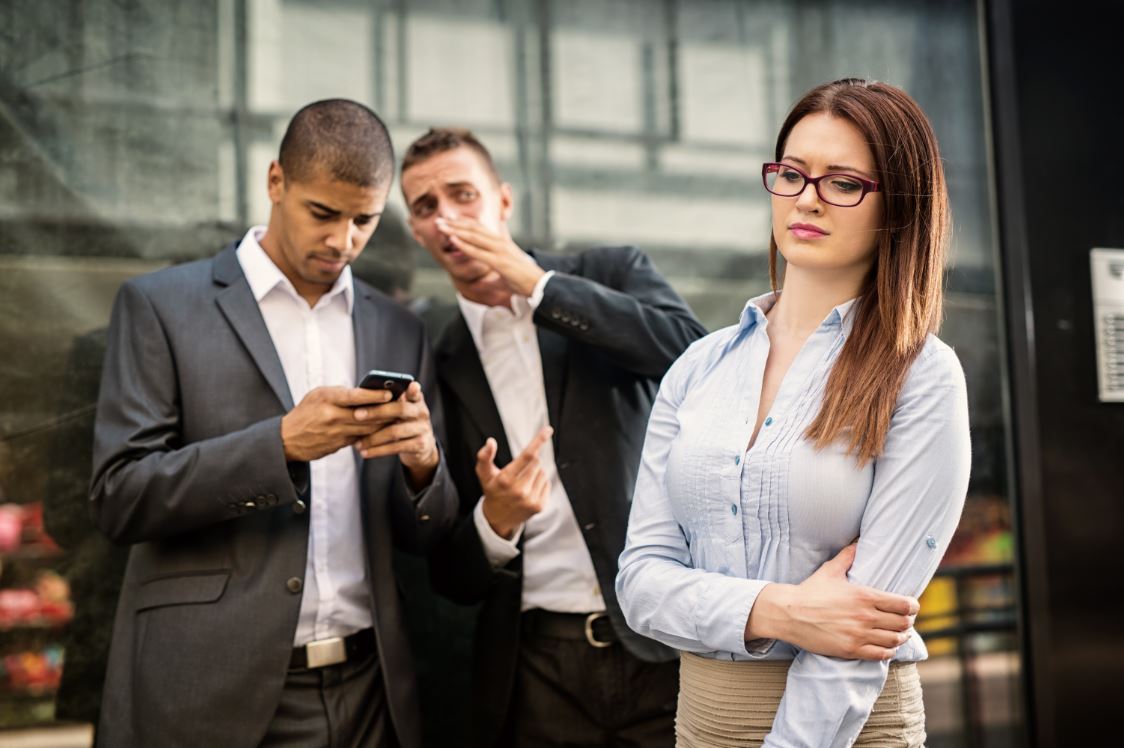 Last week, our office manager, who handles human resources for our company, accused me of sleeping with my boss. I’m not. From her, I learned that several of the guys I work with have suggested that’s how I earn my salary. If I was sleeping with him, it would be none of the office manager’s or my peers’ business and I told her so. I then confronted the guys and their leers and smug, knowing looks made me want to quit.

Gossip runs rampant in this organization and I’m the victim of extreme jealousy. I stay because it’s a great job and I’m loyal to my boss. He and I clicked after I was hired and as a result he gave me increased responsibility, commensurate raises and a promotion to special assistant.

It’s clear to me that the office manager is angry that I’ve been promoted “over” her, when she’s worked here longer and I was hired in a lower status position than hers. I know my peers resent the opportunities given to me and my salary.

I’ve considered quitting before, but my boss has talked me out of it each time, saying he needs someone like me, smart and loyal. It’s complicated because I feel something for my boss that I haven’t felt for any man in a long time. I would like to follow our chemistry wherever it leads. I’m not sure how long I can take being considered a slut. Should I quit for my own good?

If you were sleeping with your boss, you and your boss’s actions could expose your organization to allegations of unlawful sexual harassment. “Relationships that start well may turn sour,” says employment attorney turned HR consultant Richard Birdsall, “leading to courtroom brawls.” If the office manager handles human resources, investigating a potential sexual relationship between a manager and subordinate is thus within her purview. At the same time, if your office manager accused you instead of asking you neutrally worded questions and if she told you of others’ insulting comments, she needs to be drummed out of her HR role.

Since you don’t sleep with your boss, you may have a claim of sexual harassment given that your co-workers allege you earn your salary with your body and treat you disrespectfully.

“The ongoing sexually suggestive comments and conduct may be severe and pervasive enough,” says Birdsall, “to qualify as harassment based upon a hostile work environment. Further, given that you’re considering quitting your job, they’re definitely impacting your work environment in an unwelcome way.”

According to Birdsall, “You need to let your boss or another senior manager know what’s happened to you. Your employer has a duty to address this problem, perhaps by hiring a neutral third party to investigate the situation.”

The fact that you want to explore the chemistry present between you and your boss and the gossipy nature of your work environment also impacts this situation. You may have nonverbally communicated the chemistry you felt and your peers, searching for reasons for your promotion, may have made negative assumptions. That doesn’t justify their smug looks or comments; it just reminds all of us few secrets last long in small companies. If your boss has similar feelings, one or both of you may want to find a new employer before either or both of your reputations become further compromised.

©Dr. Lynne Curry is author of ”Beating the Workplace Bully” and ”Solutions” as well as owner of the management/HR consulting/training firm The Growth Company Inc. Follow her on Twitter @lynnecury10 or at http://www.bullywhisperer.com.

My boss is a bully and he wants me gone