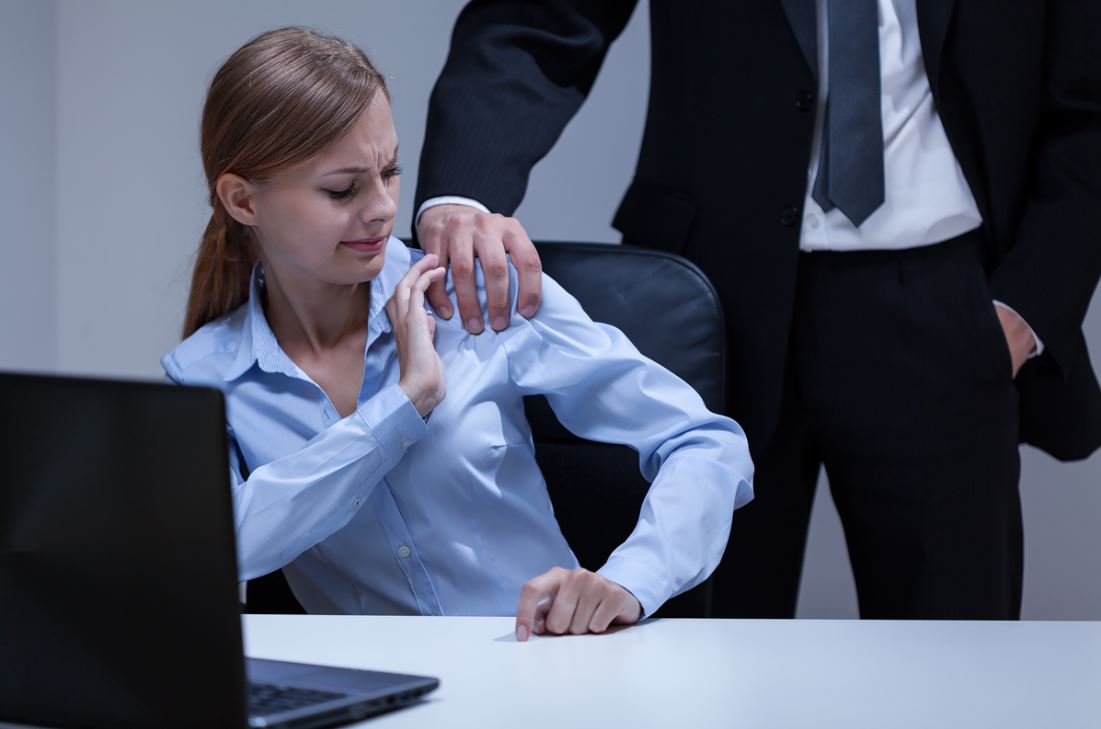 I’m being framed. I’m the newly hired dispatcher for a local tech company and it’s my first job. Soon after I was hired, two of the tech guys came on to me. I told both I wasn’t interested. One didn’t accept “no” but asked me out several more times. He also sent me suggestive texts and walked behind my desk, brushing his hands over my neck and shoulders.

After several weeks of not responding to his texts and saying, “Please don’t touch me,” I told him that if he kept it up, I’d report him. The texts and touching stopped and I thought that was the end of it.

Shortly after that, my supervisor said that there’d been several complaints about the way I was taking customer messages and that I needed to be more careful. I apologized, even though I’d been very careful.

Two weeks later, she pulled me in again and told me a tech said I was giving incomplete, misleading messages, resulting in the ball being dropped and a customer almost lost. I asked for details and was told that who reported it to her didn’t matter, but that she was putting me on notice that one more problem would result in my being terminated, as I was still in my probationary period.

This morning, one of the women in accounting pulled me aside and said, “You’ve made an enemy.” When I asked her what she meant, she said she didn’t want to get drawn into it but to watch my back. That afternoon, when I handed this tech information about his afternoon assignment, he gave me a smarmy look, and everything suddenly made sense.

What do I do? I can’t go to my supervisor because she thinks I shouldn’t be asking who complained about me, and I don’t want to lose this job.

If you don’t do anything, you may be out the door within the week. You’re a new employee and your supervisor has reason to believe you’re not handling your job. If you’re not being as careful as you think or giving the techs complete messages, clean up your act immediately. However, if you’re correct that you’re being framed, you need to get your supervisor and/or employer to investigate what lurks below the surface of these complaints.

Visit your company’s human resources officer and say you believe you might be the victim of “cat’s paw” discrimination. Cat’s paw describes a situation in which an individual uses misleading information to get a management decision-maker to take a negative employment action against a co-worker. The phrase originated in an Aesop fable in which a monkey duped a cat into stealing chestnuts from a fire, resulting in damage to the cat and chestnuts for the monkey.

Cat’s paw cases have come before the U.S. Supreme Court and several lower federal courts. In 2016, the Second Circuit Court of Appeals ruled that a sexual harasser framed an employee and got her fired (Vasquez v. Empress Ambulance Serv., Inc.). In this case, an employee sent his co-worker, Andrea Vasquez, obscene photos and text messages and then doctored the text exchanges to make it appear two had a romantic relationship and that Vasquez had sent him a racy photo. Although Vasquez was the harassed employee and not the woman in the photo, she got fired. The court ruled for Vasquez, noting that employers take on liability when an employee with a discriminatory or retaliatory motive manipulates the employer into making an adverse employment decision action.

In Staub v. Proctor Hospital, the U.S. Supreme Court ruled that employers may be liable for unlawful discrimination if they fire an employee after being manipulated by a manager who has a discriminatory motive, even if the employer’s senior management was unbiased when it made the decision.

In this case, an employee who had military leave rights worked for a manager with an anti-military bias who lied about the employee’s performance in order to fire him. The employer lost this case because it didn’t adequately investigate the supervising manager’s claims.

The bottom line: Employers take a risk when hastily rubber-stamping an employee’s termination. If you put your employer on notice that your co-worker manipulated your supervisor due to a retaliatory or discriminatory motive, your employer needs to impartially investigate the situation so they don’t get their paws burned.

My co-worker is cyber-stalking potential hires, looking for dirt