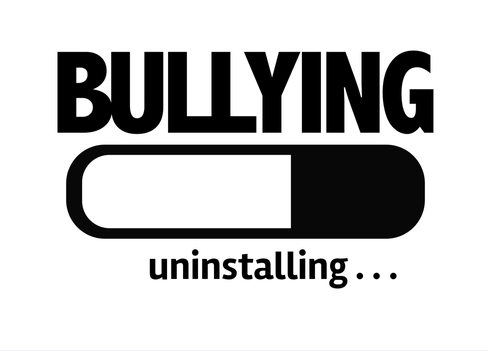 Many ask “why do organizations allow bullies and other managers to treat employees miserably?” The answer: Research documents that a bullying management style can yield short-term gains even if it does churn and burn employees. Those of us who doubt it need only to look at our favorite retailer.

Tens of millions of us know Amazon as an easy way to get merchandise delivered quickly. In July, Amazon eclipsed Walmart as the world’s biggest retailer. Amazon’s success comes at a price.

In August, two New York Times reporters interviewed more than 100 current and former Amazon employees and documented Amazon’s dark side, alleging that the major retailer was “conducting an experiment in how far it can push white-collar workers.”

Here’s what the article revealed about how Amazon’s hard-driving management uses intimidation to push employees to and past their limits.

According to former Amazon human resources director Robin Andrulevich, Amazon’s culture is one of “purposeful Darwinism.” Employee informants reported that emails demanding answers would “arrive past midnight, followed by text messages asking why they were not answered.” Said one interviewee, when employees “‘hit the wall’ from the unrelenting pace, there is only one solution: ‘Climb the wall.’” According to former manager Liz Pearch, some employees worked so long and hard they would “practically combust.”

Amazon employs the Anytime Feedback Tool, which “many workers called a river of intrigue and scheming.” This internal phone directory provides employees a mechanism for sending secret feedback to their co-workers’ bosses. Among the sample texts provided for easy clicking was “I felt concerned about his inflexibility and open complaining about minor tasks.”

As Amazon ranks team members and eliminates at the bottom each year, it becomes in each employee’s self-interest to outperform and narc on their teammates. One interviewee described making “pacts with colleagues to bury the same person at once.” Another reports that Amazonians are instructed to be combative, to “rip into colleagues’ ideas, with feedback that can be blunt to the point of painful.” Median employee tenure is one year.

This type of culture extracts a toll. Former site merchandiser Bo Olson, said “his enduring image was watching people weep in the office” and “nearly every person I worked with, I saw cry at their desk.”

Not surprisingly, other media have covered Amazon’s culture. In 2014, Simon Head wrote “Worse than Wal-Mart: Amazon’s sick brutality and secret history of ruthlessly intimidating workers.” Reporter Spencer Soper wrote a prize-winning newspaper series on the lengths Amazon traveled to keep costs down. According to Soper, Amazon workers in one Pennsylvania warehouse toiled in more than one hundred degree heat, with ambulances stationed outside to take laborers falling to the ground from heat stroke to the hospital. It wasn’t until an employee called OSHA with a documented heat index of 110 degrees and the information that 15 workers had collapsed, that Amazon installed air conditioning in the depot.

The New York Times article is replete with accounts of Amazon management’s empathy deficit. A woman with breast cancer found herself on a performance improvement plan because “difficulties” in her personal life interfered with her ability to achieve performance goals. The mother of a stillborn child was told the company would monitor her performance “to make sure” her “focus stayed on” the job. An employee who returned to the workplace after treatment for thyroid cancer received a low performance rating, as her peers had accomplished “a great deal … while she was out.”

Amazon’s CEO, Jeff Bezos, denies the article’s accusations. Further, in a letter he sent employees, he stated “our tolerance for any such lack of empathy needs to be zero” and asked employees who knew of such stories to contact him directly. Good news — or confirmation that Bezos wields a zero-tolerance saber?

Is it OK if staff at my brother’s restaurant and bar drink on the job?