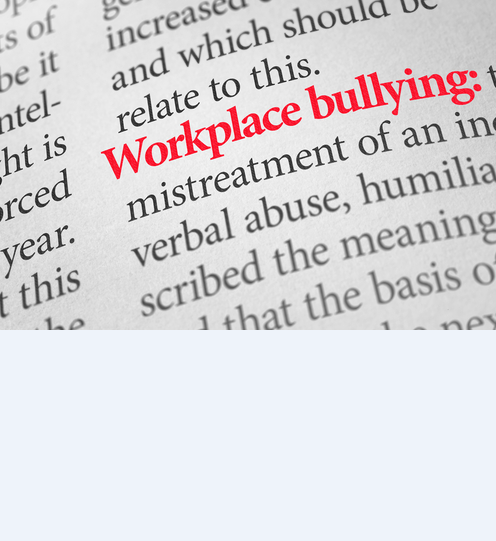 On my first day at my company, the co-worker I was hired to replace said, “Whatever you do, don’t make Bart mad.”

“So, what will he do?” I asked, thinking she was teasing me.

I soon learned. Bart and I crossed paths because I needed IT support and foolishly thought I’d get it. So when I didn’t get a response to my first SEVEN politely worded request emails, I merged them into a batch and sent them to our executive director asking, “What’s protocol for getting IT help? Or, can I contract for it with an external professional? I know someone who could take care of this and come this afternoon.”

She forwarded my emails to Bart. Bart stormed into my office within the hour, tore my computer apart, accused me of spilling Coke on the keyboard (I don’t drink Coke but Bart does) and left the empty parts strewn across my desk. He then took a week securing a “new” refurbished computer for my work station and put it together, along with a sticky keyboard. I got the message. I cleaned it myself.

I’ve never dealt with someone like Bart. When I complained to our executive director, she told me that Bart does “brilliant” work maintaining our company’s server and equipment on a shoestring budget and works “cheap.” Since we’re a nonprofit and chronically strapped for cash, I get the point. I’ve asked two of my co-workers how to deal with this. Both said, “Don’t bother him. He gets to everything in his own time. Learn patience.” I don’t know if I’m more bothered by how Bart acts, or by how everyone else tiptoes around him. Help?

When you start working in a new company and run afoul of unwritten rules, look first to your own behavior and clean up your mistakes. Never launch battle via email, which you did, twice. Sure, your executive director shouldn’t have forwarded your email to Bart, but instead talked first with you and then with Bart to positively resolve the situation. However, you need to learn not to send an email you don’t want forwarded. Also, if you sent a new co-worker two emails asking for help and haven’t received a response, stop by their office. Your next five emails only push someone’s buttons.

Next, co-workers often react in the way you’ve described to a bully type I’ve named the “wounded rhino” when outlining seven bully types in “Beating the Workplace Bully.” Wounded rhinos are slow-moving and ill-tempered when disturbed. Rile them and they gallop forward at high speed and gore you. Because they’re authoritarian and malevolent, other jungle animals avoid them.

Unfortunately, avoidance never works, and if you’ve described your new agency accurately, Bart rules through intimidation. Your executive director allows this because she fears she couldn’t replace him with someone as talented who’d willingly work for the salary your agency can afford to pay. Everyone else backs down because Bart fiercely retaliates against those who cross him.

Take a lesson from the Nile crocodile, who successfully “takes out” rhinos by slowly approaching them, while taking care to avoid detection by staying below the water’s surface. When within striking range, the crocodile leaps up and grabs the rhino’s head.

The good news — unless you’re the problem, everyone knows Bart’s downsides; they simply work around them. The better news — given the problematic job market, you and your executive director may be able to find an equally talented IT professional who’s mission-oriented enough to work for the salary your agency can pay. Find such a person, and Bart no longer holds your agency hostage through his talent, but can be given a clear-cut “cut it out, and if you can’t or won’t, it’s time to part ways.”

If you clean up your part in this drama, and if strategy fails, you may want to reconsider continuing at this agency. When an organization allows a bully to run rampant, everyone suffers.

How To Deal With Workplace Cyberbullying