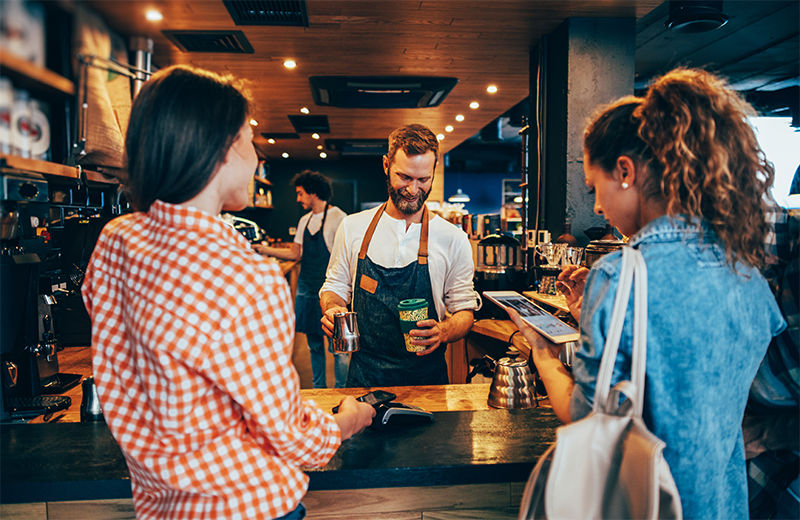 Q: I run a restaurant in a part of town where homeless people rove around looking for places to hang out. My partner and I don’t want them to come in to use the bathroom and leave a mess or to sit for a long time without ordering, taking up tables we need for paying customers. We’ve had a policy that anyone coming in has to order something to eat or drink before they can use the internet, the bathrooms or remain on the premises. What happened to Starbucks scared me. If I throw out the wrong person, how do I prevent somebody from making a big deal out of it?

A: Train your employees to recognize the difference between unfounded bias and situations requiring them to ask a non-customer to leave.

Starbucks got into trouble in April because one of their staff asked two individuals to leave, even though they had a legitimate reason to wait in Starbucks for a third person. In January, another Starbucks employee applied the “no bathroom code without ordering first” to a person of color after first giving the code to a Caucasian person who hadn’t placed an order — an incident caught on tape. Starbucks paid for these incidents with #boycottstarbucks.

Then, despite the widely televised April 12 Starbucks lesson, three LA Fitness employees booted a black man and his friend from the club on April 19, even though one man was an active, paying member, the other had a valid guest pass, and both had signed in. The LA Fitness manager allegedly told the member that his membership would be immediately revoked, and the guest posted videos of the encounter on Facebook.

In all three cases, social media and public reputation problems could have been prevented if the staff had given the initial benefit of the doubt to individuals who later proved to legitimately belong in the coffee shop and gym. Why didn’t they? Perhaps biases, which we all have. When we act on our biases, we can jump to unfair, incorrect conclusions. What would have saved Starbucks and LA Fitness from media messes? A staff that ignored skin color and asked enough questions to fully assess a situation before enforcing a policy.

While this slowed decision-making process might cost your business an occasional mess, you can bar a problem individual from coming in a second time. More importantly, an “ask and assess” protocol saves you from the hot mess that discrimination brings in a social media age when incidents can be caught on camera and instantly go viral.

Additionally, you need to ensure that your staff applies any policy you create to all customers, regardless of their race, sex, national origin or any other protected category. If you’re not sure whether your staff can apply a policy consistently, you may want to scrap it or at least require that your staff member calls in a senior staff member. Also, if you require those entering your business to make a purchase before using a restroom or remaining beyond 15 minutes, post it, along with the information that you apply this policy neutrally.

Finally, if you learn one of your employees shows racial bias, particularly in an incident during a work shift, investigate the problem by reviewing video footage and witness accounts even if the incident doesn’t go viral. Then, take corrective action. You don’t want your restaurant to become the next #hashtag.

My company wants me to sign a ‘love contract.’ I find it offensive. What happens if I refuse?

Don’t write a positive reference for a fired employee. Here’s what to do instead