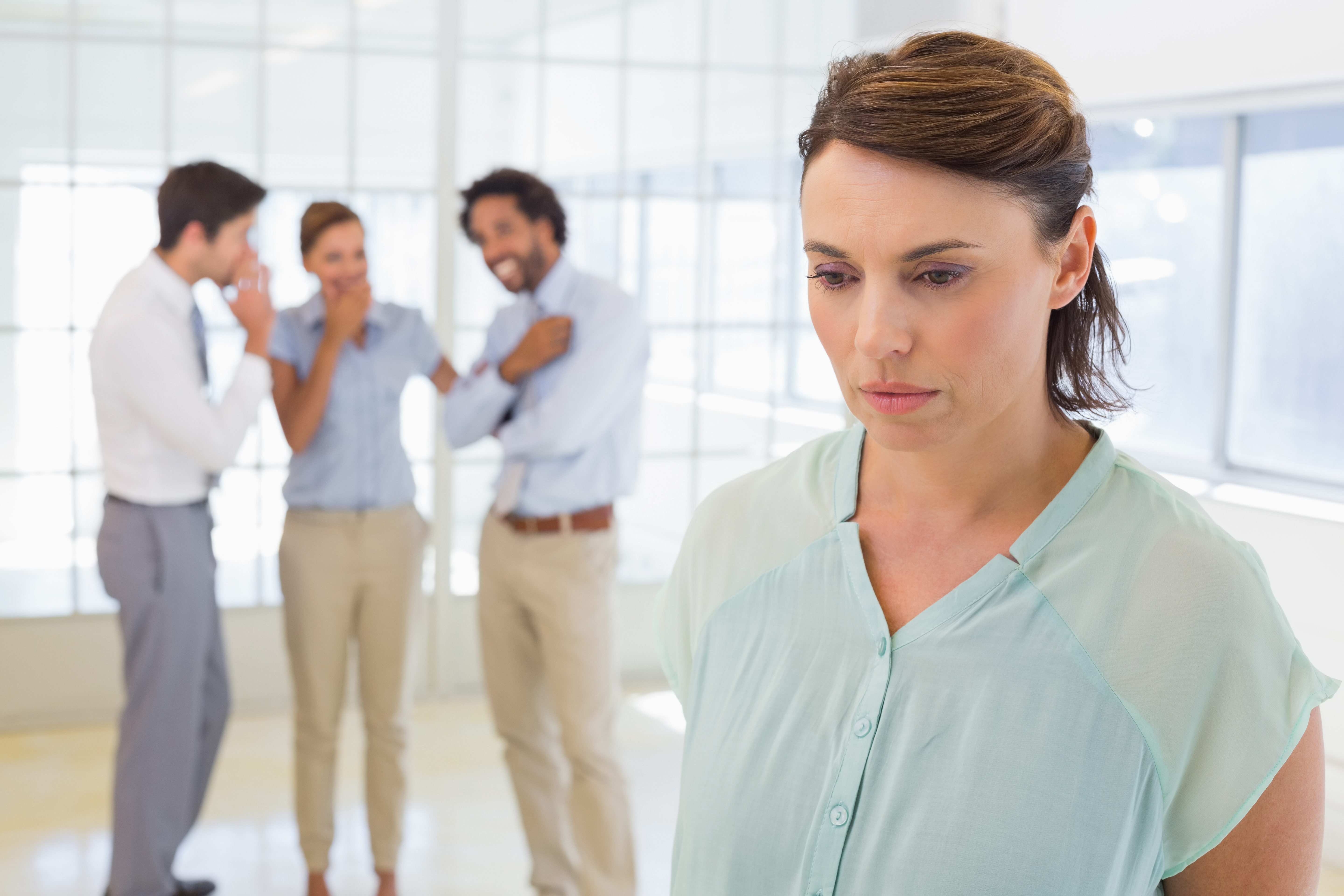 My first day on the job, I exited the building at the same time as the woman I was replacing. As I wished her well in her new job, she said, “You seem like a nice person. Whatever you do, don’t cross Heather. And if you do, get out before she destroys you like she did me.”

As I stood there shocked, she said, “You don’t understand now, but you will.”

I wish I’d listened. Heather befriended me, and in hindsight I realized she cultivated me to be one of her group of hangers-on. Heather was bright, funny and almost flirtatious with me, though I knew she was straight because she had a husband. While she had a sharp, cutting wit, I didn’t find it a problem as she mostly poked fun at our supervisor and an overweight woman in reception.

Then she said I brown-nosed the supervisor and turned on me. When she did, her three sidekicks followed her lead. I don’t know what I did to deserve it and it’s hard to be the target of their cutting jokes. It’s worse because I shared personal information with Heather early on and she uses it to make fun of me. I tried asking Heather what I did, but she only gave me a malicious smile and said she had no idea what I was talking about.

I can’t go to my supervisor, as she has no control over Heather or the others. She doesn’t even try, just hands out assignments, then hides in her office and accepts what they decide to do. I’ve put my resume out and am thinking of leaving even before securing another job. Is there anything else I can do?

When you land a good job in a dysfunctional workplace, you have three choices — help make it functional, suffer or resign. You took an important first step in working to make things more functional by talking with Heather directly. You’ve also made a number of mistakes and may be up against more than you can tackle alone.

Although disgruntled, embittered individuals often unfairly trash former co-workers and supervisors to incoming employees, you didn’t put the ex-employee’s warning together with Heather’s early actions. Heather used biting wit to poke fun at your new supervisor, thus testing to see whose side you’d take. Instead of pulling back from Heather’s overtures and despite her slicing tongue, you shared personal information with her.

She also insulted a co-worker’s weight, and you tolerated it. Verbal abusers love those who stand silent while they mock others. Your silence condoned Heather’s actions.

Why has Heather turned on you? Perhaps for sport or because she fears you might become an ally of your supervisor. You’ve described gang-like activity, and gangs viciously attack anyone who might upset their power. Why won’t she talk with you now? She may not want a positive resolution, and instead may want you under her control or gone.

What can you do now?  Give your supervisor a chance to intervene by letting her know what you have seen. She may be willing to take action if she realizes she has an employee ally. If not, and if Heather won’t work this out with you, leaving may prove your best option. You’ve described an employee gang. If that’s what’s happening in your workplace, here’s what you need to know:

Every gang has a ringleader. The leader incites cohorts into aggressive acts toward outsiders and feels gratified when others do their bidding. These others attack like a pack, because they egg each other on and to curry favor with the leader.

No one in the gang speaks up against bad behavior because they don’t want to find themselves on the outside of the gang and a target. Further, those in the gang numb themselves to each other’s bad behavior. A manager or third party can break up a gang by holding the leader accountable — but if your supervisor won’t, you lack the necessary firepower.

Finally, you need to change how you stand up for others being insulted in your presence. When you say, “don’t do that,” you say you want everyone in the workplace to be treated with respect. You also show that you’re not easy prey if the verbal abuser turns on you. You didn’t stand up to Heather when she went after others, and now she’s turned on you.

© Dr. Lynne Curry is author of “ Beating the Workplace Bully” and “ Solutions” as well as owner of the management/HR consulting/training firm The Growth Company Inc. Follow her on Twitter  @lynnecury10 or at www.bullywhisperer.com