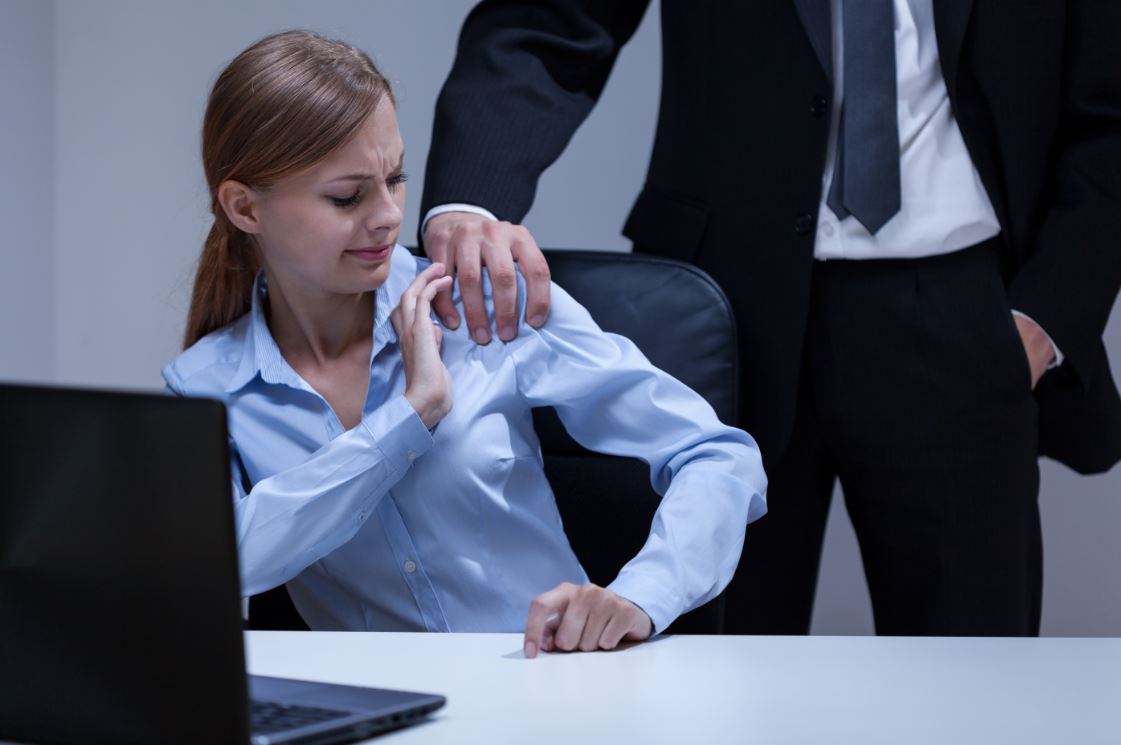 When I started work here, I had high hopes and felt my employer would do things in the right way, given that they interviewed me thoroughly, spent a day orienting me and provided me the most complete set of personnel policies I’ve ever seen.

Trouble started when I took my first trip. I was on-site at one of our branch offices in California and the senior manager accompanying me on the trip told me he’d take me out to dinner “so I wouldn’t be lonely” on the road. Given I was exhausted as we’d caught the 6:05 a.m. flight out of Anchorage to Seattle, which required me to get up early to arrive at the airport on time, all I wanted was to eat a granola bar and crash.

He “wouldn’t hear of it” and said he had the perfect place in mind for a great dinner. It was a dance club. Since he’d driven me there in a rental car and it was a half hour away from our hotel and I didn’t want to insult him, I tried to make the best of it. I refused to dance with him, foolishly had a glass of wine, and after that his hands kept traveling over mine. Classic sexual harassment, yet I felt it was my fault for not just taking the cab back to the hotel.

After that trip, I reported him to human resources. The HR officer said she’d handle it. The next week this same manager came into my office when I was working on the weekend, put his hand on my shoulder, said he could tell I was talented, and he’d like to mentor me. I was so freaked out I couldn’t breathe, but I leaned away from him and said “thanks, but I want to get this work done.” His eyes went straight to my mouth and breasts and I didn’t know what to do, so I said I was late for a lunch with my husband and left.

I reported this to HR. The HR officer told me she had “mentioned” my conversation to the manager’s manager, and he’d said since the manager was “a high performer” and it was his “first offense” and could be explained by the fact that “we’d both been drinking,” he’d rather not embarrass the guy.

I got upset and said “now it’s a second offense.” She then asked if perhaps I’d “misunderstood.”

What do I do? I’m only in my third month and still on “probation” and we’re at-will. I’ve read through the personnel policies and they say that before I go elsewhere with any  “grievance,” I need to bring any concerns to my manager, which is the guy who harassed me. Was I wrong to go to HR?

It’s a small industry, this is a stellar job and I feel like I’m skating on ice.

Start documenting. Document everything you’ve told me, including your two trips to HR. Keep your documentation off-site.

Although HR has said that this was this manager’s first offense, I doubt it. Given how pushy this manager has been, it is likely he has put the make on other women. While they may no longer work for your employer, if you decide to take action, it may be relatively easy to locate them.

Although many personnel policies dictate that you need to follow the chain of command when reporting grievances, when the issues you need to bring up concern harassment or discrimination, you’re allowed to circumvent the normal chain, particularly when you ask HR for help. In other words, you did the right thing, and your right to make a complaint is backed up by state and federal regulatory agencies.

Unfortunately, you don’t appear to have gotten the help you needed. Two reported incidents of unwanted physical attention should have triggered a neutral investigation, which isn’t reflected in her questioning you as to whether you misunderstood, unless the HR officer asked you other questions, and also questioned this manager.

Former employment attorney turned HR consultant Rick Birdsall notes that your high-achieving harasser “appears careful to harass when only you and he are around, thus making it a ‘he said/she said’ situation. In this ‘tie,’ and with an HR officer who plays ostrich with its head in the sand, you may lose.”

Here are your options.

Your goal is to keep your job and get this manager to stop harassing you. Birdsall says, “If he does it again, call him on it and report him, and while you’re doing that, level the playing field. Although you two may be alone when his unwanted advances occur, you’re allowed to record conversations in Alaska. Alaska, unlike several other states including California where your first incident occurred, is a ‘one-party’ state in which if only one of two people consents to the taping — you — it’s legal.”

What happens if your manager retaliates against you because you turn him down or report him? You can then report the situation to the Alaska State Commission for Human Rights, the Anchorage Equal Rights Commission or the federal Equal Employment Opportunity Commission. Because the first situation occurred in California, Birdsall notes you can also file in California with the California Department of Fair Employment and Housing, and he adds that California law offers more protection than federal law.

Finally, public policy, which includes discrimination, trumps “at-will.” This means if you get fired, you can sue or let the regulatory agencies take over. Alternatively, you can show this column to your HR officer and invite her to rethink the situation.

How to survive workplace ‘mean girls’

How do we hire better quality entry-level employees?