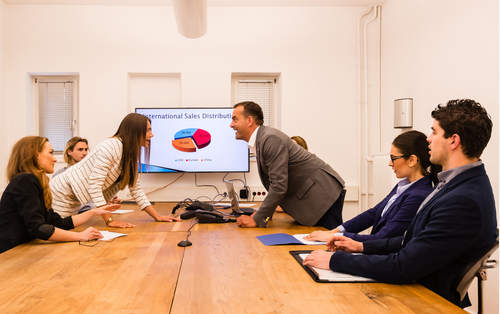 Shortly after we placed “Stella” on a work performance plan she started placing a smartphone on the table in front of her at every team meeting and obviously pressing the record button. The second time she did this, her manager asked her to put her phone away and she said, “I’ve been taping meetings for a long time; I just thought I’d be open about it.”

The manager said, “I think your taping might inhibit what others say.” Stella then asked, “Is anyone here inhibited?” and the manager elected to end the meeting.

Our management team met, pulled our human resources generalist into the meeting, and we decided to create a policy prohibiting employees from recording meetings without prior management approval. We don’t, however, know what to do if Stella surreptitiously records meetings with her phone on in her pocket. We don’t think we can ask Stella if she has her phone in her pocket — or can we?

Before you do anything, ask an attorney to review your policy.

The ruling came in a case involving Whole Foods Market, which had a policy against employees making any recording in the workplace without management’s prior approval. Like you, Whole Foods’ management believed employees recording events would discourage other employees’ active involvement. The NLRB’s position was that banning employees from recording workplace events would “tend to chill” employees from exercising their right to document unsafe work practices, discussions about terms and conditions of employment and inconsistent application of work rules.

While the federal appellate court affirmed the NLRB’s ruling, the court noted that a more narrowly tailored policy, such as a policy restricting recordings that violate patient rights, constitute employee harassment or disclose trade secrets, might be lawful.

“It appears Stella knows her job is in danger,” says attorney turned HR consultant Rick Birdsall. “Potentially, she feels the performance improvement plan isn’t justified and she’s the victim of conflicting directions. Alternatively, she’s trying to intimidate her management, with the implication that she’s planning legal action and creating a record. She may even have short-term memory issues and wants to record to replay instructions given so she can perform better.”

Birdsall suggests you ask Stella, “‘Why do you feel a need to record these meetings?’ If you then determine her recording is passive/aggressive pushback, ask her for a copy of all recordings so she can’t digitally alter them or take soundbites out of context. Whenever she’s present, ask her if she’s recording the meeting. If she is recording, but says ‘no,’ her lie is on the record.”

Birdsall also says: “You don’t need to let Stella’s recording intimidate you. When she’s recording, ask her questions so that she participates. She’ll quickly learn recording is a two-edged sword.”

Finally, don’t say anything to Stella or in front of her that you don’t want recorded, and ask your attorney for other assistance on the larger issue – that Stella appears to intentionally push her manager’s buttons, when she needs to focus on her own performance.

Dr. Lynne Curry is author of “Solutions” and “Beating the Workplace Bully” and Regional Director of Training & Business Consulting for “The Growth Company” an Avitus Group Company. Send questions to lynne@thegrowthcompany.com, follow her on Twitter @lynnecurry10 or at www.workplacecoachblog.com.

Q&A: What Do I Do If My Boss is a Functional Alcoholic?