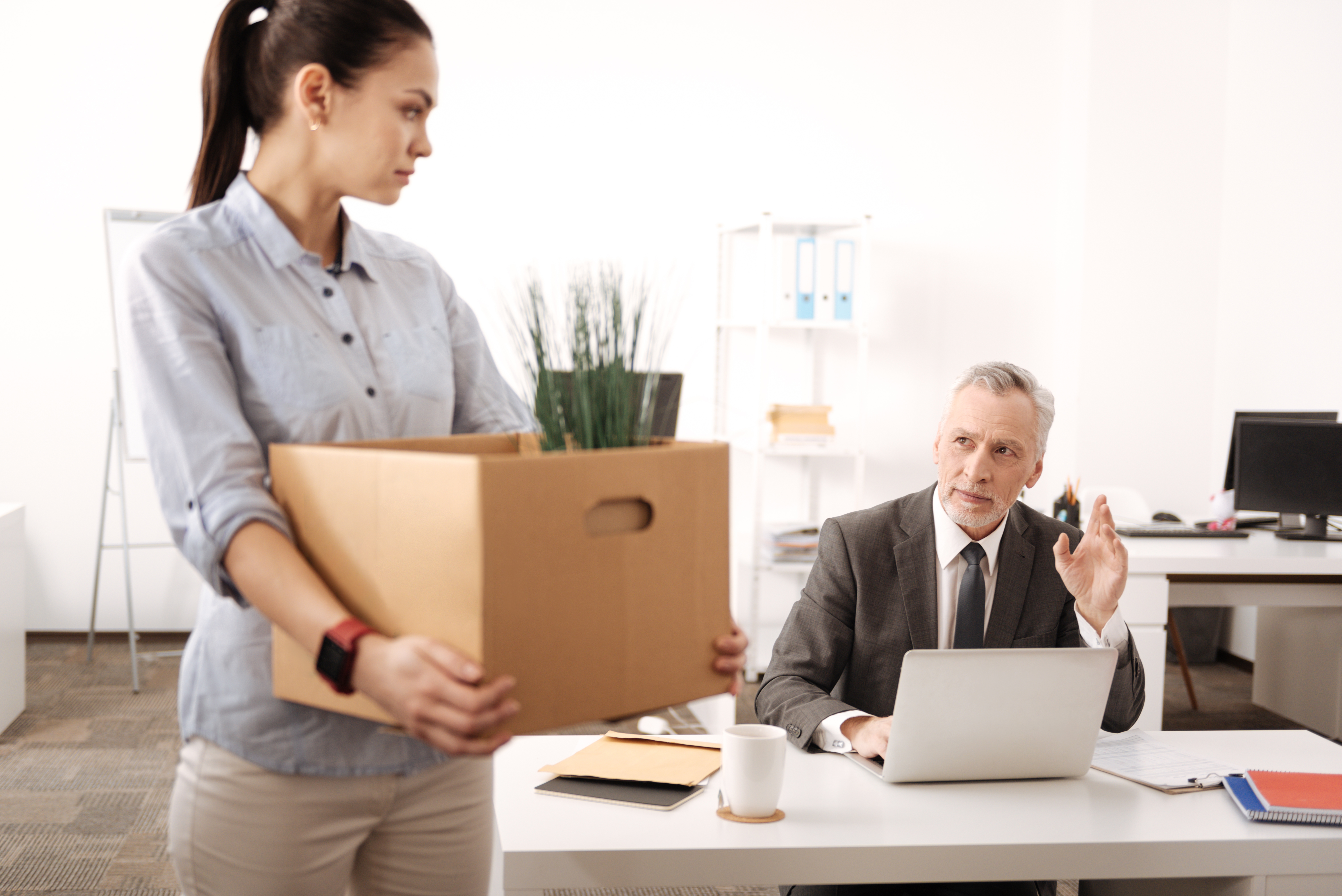 Change your decision. Young office worker feeling sadness, bowing her head while looking at her boss

When I quit my job, I didn’t give notice, and it wasn’t a friendly parting of ways.

My former boss was a jerk and a bully, and I finally decided I had enough.

On my way out the door, my boss reminded me that the non-compete I’d signed when he hired me included an agreement not to solicit any former customers or coworkers for 12 months. My boss warned me he’d be monitoring my social media accounts and would sue if I tried to “steal” his customers.

The problem — most of my former employer’s customers and all of my former coworkers are connected to me on LinkedIn. Although I didn’t reach out to them, they found out where I was from my status updates, and several have contacted me to see if they can follow me to my new employer. So far, I haven’t responded to any of these contacts, but if I do, can my boss sue and win, given my connections reached out to me, rather than the other way around?

The answer may depend on whether the content and substance of your updates and other social media outreach has been passive or active.
When a former employee sent invitations to former coworkers to connect via LinkedIn, an Illinois Court ruled that the employee hadn’t violated his non-compete (Bankers Life & Casualty Co. v. American Senior Benefits, LLC).

According to the June 2017 decision, the invitations to connect were sent through generic emails that didn’t discuss either the current or former employer. Further, the emails didn’t ask recipients to view open job positions or leave their employer.

Similarly, in Invidia, LLC v. DiFonzo, the ex-employee, a hair stylist, had become Facebook friends with eight clients of her former employer. When she left Invidia, she made a public announcement on her Facebook page that announced her new employment at a competing hair salon. After her post, 90 former Invidia clients canceled or failed to reschedule appointments. A Massachusetts state court judge didn’t find a clear violation of the hairstylist’s nonsolicitation agreement.

In contrast, in Coface Collections North America Inc. v. Newton, an appeals court affirmed the employer’s enforcement of a non-solicitation/non-competition agreement after a former employee posted on LinkedIn the date on which his restrictive covenant would expire and encouraged “experienced professionals” to contact him about employment with his new company. Newton also sent Facebook friend requests to multiple former co-workers and urged them to view his posted job solicitations.

While these cases can give you a general idea, every non-compete case rests on the unique facts involved, and if you’re up against a bully ex-employer, you want to engage an attorney to review your exact situation. Also, if you’ve broken your non-compete via social media, you need to realize you’ve published the evidence your former employer needs to go after you.

On the other hand, you may find that your former employer made empty threats, particularly if he relies on an outdated non-solicitation/non-competition agreement that doesn’t refer to social media and hasn’t thought to take screen shots of the evidence.

Finally, all employers need to get their arms around how they handle social media. For example, what happens to an employer when an unhappy departing employee was the only individual who knew the passwords and usernames to the company’s LinkedIn and Facebook accounts? That former employee could lock the company out of its own social media accounts. An updated non-compete/non-solicitation agreement will require a departing employee to provide access to company accounts when they terminate their employment.

Q&A: How Do I Handle A Workplace Infatuation?

If you hire a thief, you’re responsible

How to Protect Trade Secrets When Terminating an Employee