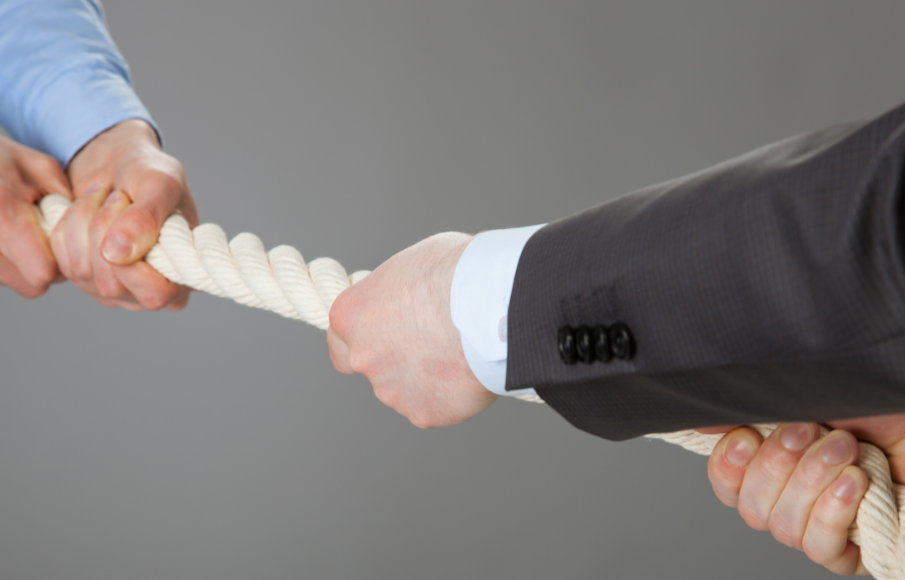 Do you face a street fighter at work? Someone successful, ambitious and challenging who identifies you as a potential threat and acts quickly to take you out? If so, take a lesson from the 2015 political stage.
When Donald Trump entered the Republican race, he immediately took on front-runner Jeb Bush. Bush alternately tried to ignore Trump and then obviously let Trump’s jabs get to him.

Rand Paul tried another tack when Trump attacked him at the beginning of a debate. Paul fought back, diving into the gutter with Trump, only to fall back as Trump’s verbal body-slams demonstrated the difficulty of out-trumping Trump.

What do you need to do if a workplace street fighter challenges you to a match? Take lessons from the dramas playing out on the nation’s political stage. Street fighters bait you, hoping you’ll trip into a trap. Maintain your cool and avoid these seven traps: denial; reaction; collusion; delusion; stooping; appeasing and chasing. Here’s how.

Trap 1: denial
When a street fighter attacks you, a million thoughts run through your mind, such as: “This can’t be happening.” “This is unfair and everyone will realize that.” “All I need to do is wait this out.”
The opposite proves true. Your inaction lets the street fighter know that you’ll go down easy. Every candidate initially tried to ignore Trump’s attacks, only to learn this allowed Trump to change how voters perceived them. If a street fighter launches an attack on you, you need to deal with it, or you allow him free rein.

Trap 2: reaction
Trump knocked several candidates off balance and led them to exchange their strategy for one that was out of character and less effective. Like mosquitoes that fuel themselves on human blood, street fighters feed off your reaction to their words and antics. Don’t let a street fighter dictate how you’ll act — or you give them a free ride at your expense.

Trap 3: collusion
If you swallow an attacker’s judgments or allow a street fighter to shape how you see yourself, you aid and abet him and become less of who you are. You wouldn’t let another person stomp on your foot or physically slam you off balance. Don’t let a street fighter bump into and push you over inside your head.

Trap 4: delusion
Several candidates tried to ally themselves with Trump, only to learn they were alone in the eyes of the voters. Hoping for partnership with or good treatment from a street fighter is like entering a ring with a bull, believing he’ll treat you well because you’re a vegetarian.

Trap 5: stooping
Street fighters have years of experience, giving them the advantage if you climb into the ring with them. Multiple candidates found themselves skirmishing with Trump, and few emerged the better for it. Don’t let a street fighter push you into being less than you are or make you regret how you act.

Trap 6: appeasing
Street fighters love to make others back down. Don’t be afraid to firmly and professionally dish out negative consequences to someone who attacks you. Give a street fighter an inch and he becomes your ruler.

Trap 7: chasing
Street fighters excel at launching salvos over the bow, leading you to spend energy chasing trumped-up issues while the fighter perfects his onslaught. Don’t reach for everything tossed at you by a street fighter. By disengaging, you give the street fighter less attention and therefore less power.

What do you need to do if a street fighter takes you on? Keep your cool, avoid the classic traps and from a position of strength call out, “Nice try; it didn’t work.”