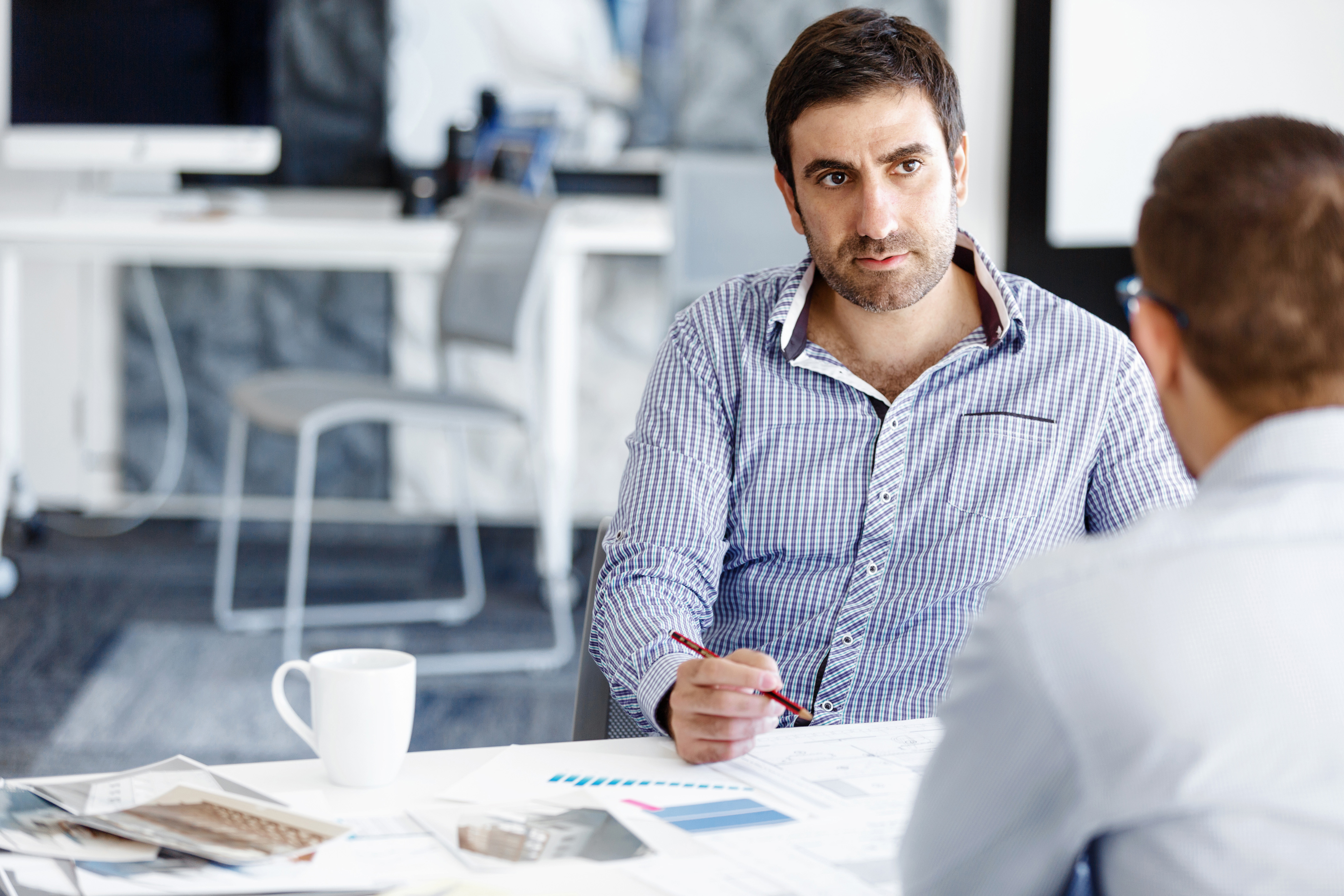 When my company promoted me two months ago, I was stunned but excited. My manager’s faith in me made me desire to do my very best.

One of my former coworkers, “Ted,” thought he should have received the promotion, as he had a master’s degree. When I reached out to Ted to tell him I thought we’d be a good team, he rebuffed me, saying, “Your promotion’s a joke,” and “Hope you don’t mess things up too bad.”

I didn’t tell my manager about this exchange because I didn’t want him to think I couldn’t handle things. Instead, I brought the team together for a meeting and told them the changes I planned to make. Ted questioned everything I said, rolled his eyes and snorted when I made key points.

I’ve never been able to think of a snappy comeback when put on the spot and didn’t know how to respond to him. I know my face turned red and I forgot much of what I’d planned to say. Worse, I stammered. It was awkward for everyone.

I had planned to hold weekly staff meetings, and I’m dreading the next one. I’m even thinking of calling it off. What do I need to do?

First, talk to Ted in private and give him a chance to get all his concerns on the table. Learn if he can translate his personal attacks into productive ideas. Let him know any drama between the two of you needs to be handled outside staff meetings, and if he tries the eye-rolling, snorting antics again, he’s just making a fool of himself and you’ll excuse him until he can pull himself together.

Second, give your manager a heads-up. You had kept silent fearing what he’d think, but he probably expected what’s happening and may have positive suggestions for you. Don’t sell him short. He promoted you for a reason and could have chosen your former coworker.

Third, while some employee or peer critics attack in private, others pounce on their targets in front of an audience, knowing the pressure of watching eyes makes handling snipes more challenging. Your coworker realizes he gets under your skin when you redden or stammer.

If you learn to handle his questions, he won’t be able to foot-sweep you into reacting. In the coming week, practice slowing and deepening your breathing whenever you feel tense. When we breathe rapidly and shallowly in response to being put on the spot, we can’t easily simultaneously access the left and right hemispheres of the brain. The left controls language and problem-solving, while the right controls reaction and creativity. We need both to handle public confrontation.

Get ready for your next meeting by imagining statements Ted might make and preparing an arsenal of responses. For example, say he asks, “Where’d you come up with this crap?” when you propose how you plan to move your department forward. If you respond, “What are you getting at?” you take control of the interaction.

Two can work the crowd game, and your employees depend on you to lead your department forward without time-wasting drama. Take charge by distinguishing between legitimate attacks on your proposals and personal sideswipes. Welcome the former from Ted and other employees. Handle the latter by saying, “I’d like the rest of the employees to have the chance to make up their own minds about what I’m proposing,” “Let’s take the rest of that discussion offline” or “Please find a more professional way to express your thoughts.”

Finally, followers can grow into excellent leaders — if they work at it.

©Dr. Lynne Curry is author of “Beating the Workplace Bully” and “Solutions” as well as owner of the management/HR consulting/training firm The Growth Company Inc.Follow her on Twitter @lynnecury10 or at http://www.bullywhisperer.com.

Fired abruptly? Don’t badmouth your ex-boss. But do explore your legal options.