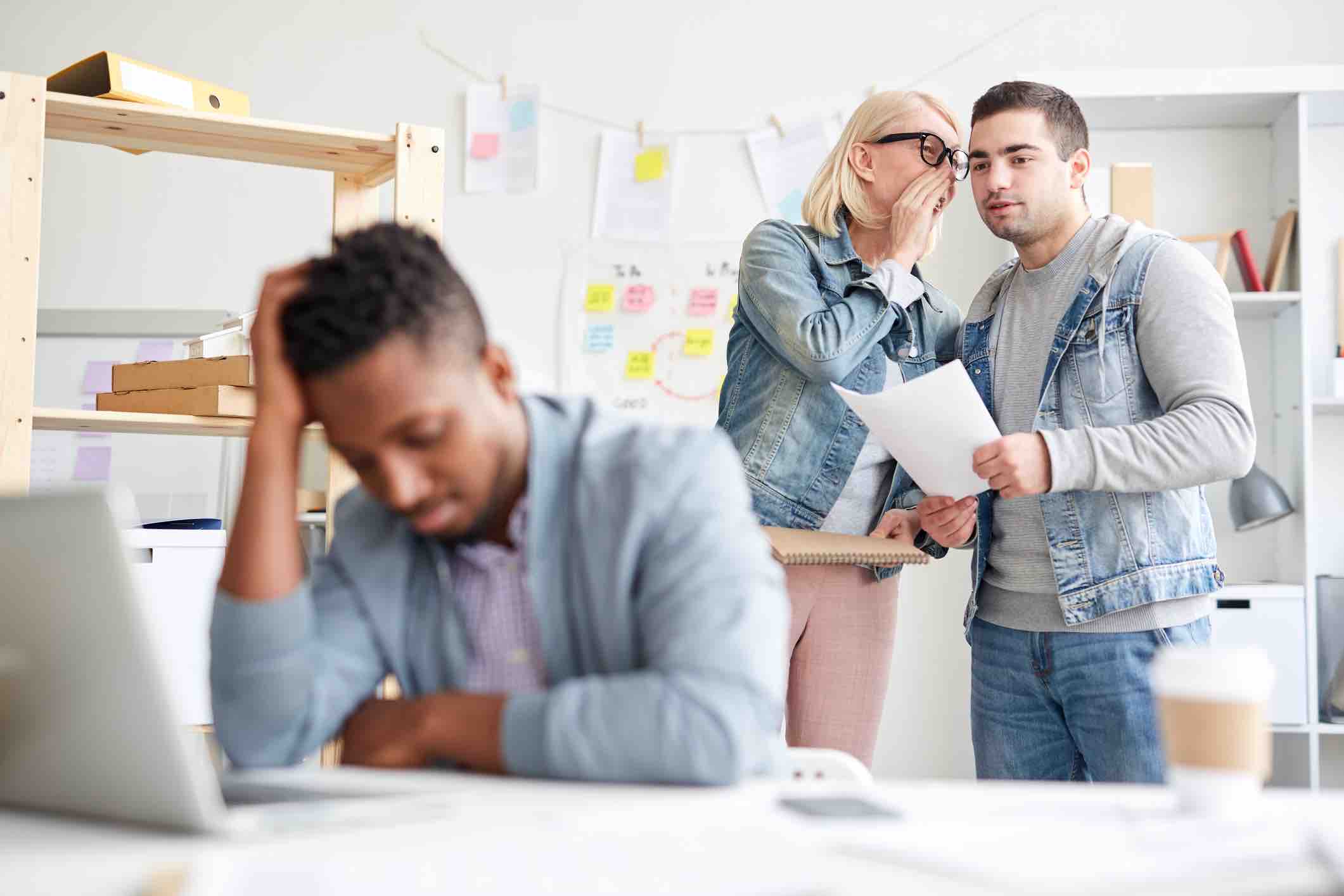 I’m the Director of Operations for our company. When we downsized, I absorbed HR duties. This morning, I received an anonymous email asking me to question the promotions received by an upwardly mobile employee. Our future CEO, the son of our current CEO, thinks highly of this employee who began as the receptionist. The son has been the driver behind her last two promotions. She now works in the marketing department and it’s been suggested that she take over the department when the current manager retires. She spends a lot of time with the son and I’m aware of rumors that she and the son sleep together.

I’ve always thrown anonymous notes in the trash, as they come from people lacking the guts to sign their names. Can I disregard this note but privately advise the CEO that we don’t promote this woman given that it will add fuel to the rumors?

So you’d use this note against this woman even as you toss it?

If this woman and the son do sleep together and they break up, she could later claim illegal sexual harassment.

Currently, she’s potentially the victim of illegal sex discrimination because of a hostile environment created by the rumors, particularly if you withhold a future promotion she deserves. Doing so creates a negative job consequence for her, yet you haven’t mentioned whether the son deserves a consequence for several potentially poor judgment calls, if he’s actually slept with an employee and then urged that she receive promotions.

Most importantly, you haven’t investigated the rumors, which could be malicious gossip spread by a jealous employee or the iceberg tip of a problem you need to address, as the individual who absorbed HR duties. You now hold in your hand a piece of crucial piece of evidence with an IP address you might be able to track down and find out who has been driving the rumor train.

Last month, the Fourth Circuit Court ruled that an employer’s failure to stop a false rumor that a female employee slept with her male boss to obtain a promotion potentially constitutes sex discrimination. The plaintiff in that case, Parker v. Reema Consulting Services, Inc., began as a clerk and received six promotions in two years, eventually becoming the Assistant Operations Manager. A male coworker who joined the company when Parker did but didn’t receive a promotion started a rumor that Parker slept with a senior manager to advance her career. A warehouse manager then spread the rumor and held a mandatory all-staff meeting during which the rumor was discussed, although he didn’t allow Parker into the meeting.

Parker then scheduled a meeting with this warehouse manager, who blamed her for bringing a problem situation into the workplace. He also told her she would not receive future promotions. Parker filed a formal hostile work environment complaint with HR and HR instructed her to avoid her boss. Parker then received written warnings, including one resulting from a complaint by the man who started the rumors. Parker was fired and filed a lawsuit for hostile environment and retaliatory termination.

The Fourth Circuit Court ruled that the employer could be liable because they hadn’t quashed the rumor which perpetuated a “deeply rooted perception” that women, but not men, use sex to advance their careers. The Court also noted that the potentially jealous male employee who started the rumor was never sanctioned and that at least one male manager was instrumental in spreading the rumors. The Court also noted that the female employee received negative career consequences but that the male employee who was allegedly sleeping with her didn’t suffer similar consequences.

Finally, it’s important that you and other managers realize that you need to take allegations of potential sexual harassment and discrimination seriously even when you learn of potential problems through rumors or anonymous emails.

Lynne Curry writes a weekly column on workplace issues. She is author of “Solutions” and “Beating the Workplace Bully” and www.workplacecoachblog.com. Curry is now a Regional Director of Training and Business Consulting at Avitus Group. Send your questions to her at Lcurry@avitusgroup.com or follow her on twitter @lynnecurry10.

Stopping the barge-in, interrupting coworker with no regrets

Keep workplace manipulators from getting the better of you